For a timeline of ALAC's activity over the course of ICANN, see ALAC Timeline. Key events include: The ICANN Board adopted new bylaws on October 31, 2002, which came into effect on December 15, 2002. The creation of the ALAC was part of a larger reform effort within ICANN, now known as ICANN 2.0. The new bylaws established the ALAC and provided support for At-Large Organizations. It stated that the ALAC should consist of ten members selected by Regional At-Large Organizations, with five supplementary members to be selected by ICANN's Nominating Committee. The interim ALAC consisted of ten members, two from each of ICANN's 5 regions.[1] 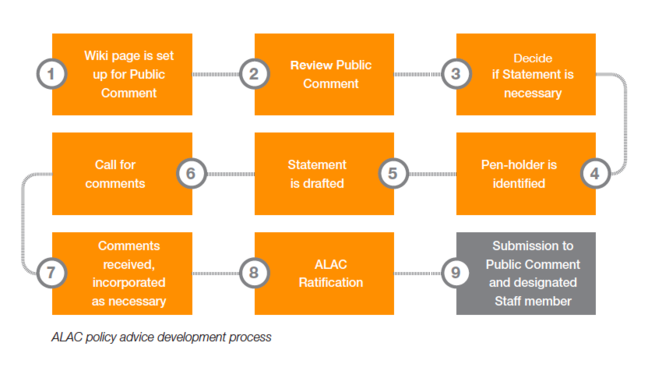 The ALAC does not develop policy; it publicizes, analyzes, and provides advice on ICANN policy proposals and decisions. Public Comment proceedings are the main channel through which the ALAC advises ICANN. It also corresponds with and responds to input requests from other ICANN body working groups.