Previously he worked for Visma as Chief Information Security Officer, and prior to that IT Director and Managing Director of Visma IT & Communications AS. He was Chair of RIPE from 2014 to 2020, replacing the first chair Rob Blokzijl.

As Managing Director of RIPE NCC, he is a member of the Executive Council of the Number Resource Organization (NRO), which serves as the ICANN Address Supporting Organization (ASO).[1]

Hans Petter Holen was on the Address council since its formation and until he stepped down at the end of 2013. He was elected by the RIPE community to be on the Number Resource Organization (NRO) Number Council acting as the ASO Address Council,

The ASO Address Council elected Hans Petter Holen to serve on the ICANN Nominating Committee for 2014.

He serves as a Board member at Visma Personnel AS, Active 24 AS, Loopia AB and advisor to the Board of Active 24 CZ - companies in the Hosting Division in the Visma group.

He was also a member at Norid (the Norwegian .no ccTLD) NORPOL from 2003 until 2013, and is now member of their strategy panel.

Lives at Strømmen, just outside Oslo in Norway. Violist at University of Oslo Symphony Orchestra[4] and plays the fiddle for folk-dancing. 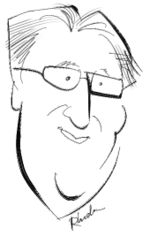