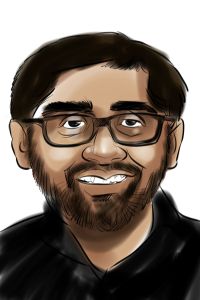 Shridhar Luthria is a contracted advisor for Public Interest Registry, a position he has held since July 2020. He is based in Mumbai, India. He is also the Founder and CEO of Logotron, an automated logo builder designed specifically for Registrars, Web Hosts, Sitebuilders, and Web Pros.
In the News

Thanks to Our Current Sponsors