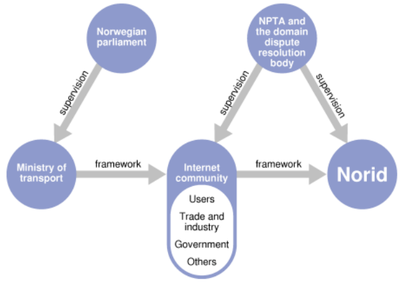 The following matrix was developed by NORID, the .no registry, in 2005 and has served the entire ccTLD community to understand how certain policies might considerably contribute to the TLD uptake.Cite error: Closing </ref> missing for <ref> tag