From ICANNWiki
Revision as of 17:14, 14 December 2016 by Jackie Treiber (talk | contribs) (Created page with "ICANNWiki strives to create a community that is open, warm and transparent. In an effort to do that, we're introducing our current board member for 2016-2017. Through the rest...")
(diff) ← Older revision | Latest revision (diff) | Newer revision → (diff)
Jump to navigation Jump to search

ICANNWiki strives to create a community that is open, warm and transparent. In an effort to do that, we're introducing our current board member for 2016-2017. Through the rest of December, we will introduce each board member with a photo, bio and brief answer to the question: "What excites you most about ICANNWiki?".

Here are our board members: 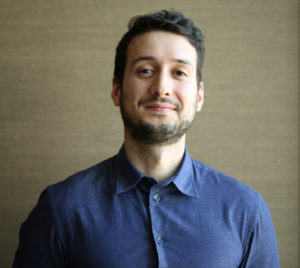 Andrew Merriam is the Director of Business Development at new top-level domain registry, Top Level Design. While he is the newest addition to the ICANNWiki Board, he is a former Editor and Community Manager at ICANNWiki and was responsible for the relaunch of the site in 2010, creating thousands of articles and reintroducing the project to the ICANN community. He is humbled to return to an ICANNWiki that is now a 501c(3) non-profit, which fittingly demonstrates the accomplishments of his successors. He has been to every ICANN meeting since ICANN 40 in San Francisco; he particularly enjoyed ICANN Costa Rica as it played a role in him meeting his girlfriend on a dock in Nicaragua.

Q: What excites you most about ICANNWiki? After 6 years in domains, I'm pretty well-versed on this industry, and let me tell you what, it is a weird, niche industry. I love it though. I've also had the opportunity to see other niche industries up close, like wayfinding (people who make signs and design lobbies!). What makes our domain industry and its mostly-overlapped ICANN community special is best represented by ICANNWiki. That is to say, we're lucky to have a passion born, now non-profit, collaborative project to document and support our industry and its growth. It is incredibly unique and special and it has gone from being a fun, somewhat arcane social network to an organization that is bringing Internet governance literacy to the world. That's incredible.