The Arab Social Media Report Series is produced by the Dubai School of Government's Governance and Innovation Program. It is a recurring study that explores growth and usage trends of social media in the Arab region, through the analysis of Facebook and Twitter users in all 22 Arab countries, as well as Iran, Israel, and Turkey.[1]

Each issue of the Arab Social Media Report Series highlights a specific theme related to social media, covering diverse topics such as general usage trends, its impact on civil movements, and its role in Arab women's empowerment. It also studies the potential of using Web 2.0 applications for increasing collaboration and knowledge sharing among government entities, citizens, and the private sector.[1]

Its initial focuses included but were not limited to:[2]

Edition #6: Citizen Engagement and Public Services in the Arab World: The Potential of Social Media (June 2014)

Aimed to focus on the impact of social media use on citizen engagement and public service delivery in the Arab region".[6]

Edition #5: Transforming Education in the Arab World: Breaking Barriers in the Age of Social Learning (June 2013)

Analyzes patterns, demographic breakdowns, and usage trends of social media platforms in the Arab region, as well as assesses the impact of social media on education and life-long learning in the region.[7]

Assessed the shift in regional trends, wherein the societal impact of social media usage changed from "if" to "how", "why", and "what's next". Findings addressed the impact of social media on freedom of expression and media consumption behaviors, to its empowerment of youth and women, and its role in popular civic movements. Analyzed Facebook and Twitter, as in previous studies, and added LinkedIn.[8]

"Civil Movements: The Impact of Facebook and Twitter" by Dubai School of Government - Governance and Innovation Orogram is licensed under a Creative Commons Attribution-NonCommercial-ShareAlike 3.0 Unported License. Co-authored by Racha Mourtada and Fadi Salem. 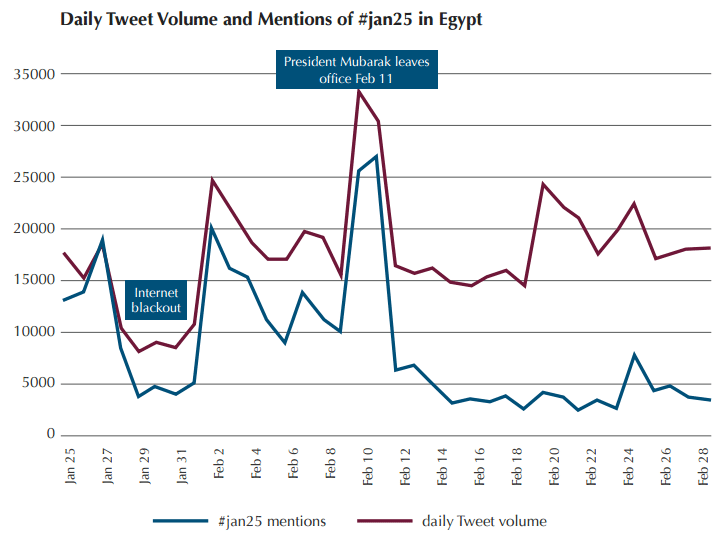 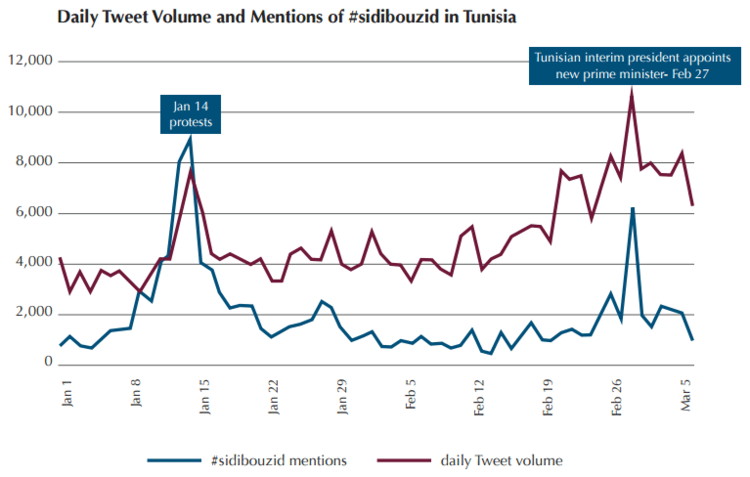 Primary languages used to communicate via Facebook differed between Tunisia and Egypt; 75% of Eyptian users communicated in Arabic while only 51% of Tunisian users did; the remainder of Egyptians communicated using English while most of the remaining Tunisians communicated in French -- with a very small minority (less than 1%) communicating in English. Another major difference was that in Egypt, respondents were more likely to vote for a candidate who used social media (71% as opposed to Tunisia's 48%), while Tunisian respondents were more likely to view a candidate using social media as negative (16% versus Egypt's 6%) or as having no impact (36% versus Egypt's 22%).[4]

Focused on the role of social media in Arab women's empowerment, conducted as a collaborative effort between the Governance and Innovation Program and the Gender and Public Policy Program at the Dubai School of Government. It addressed the following main questions:[8]

This report analyzed data on Facebook users in 22 Arab countries, plus Iran and Israel. Many of the more detailed demographic breakdowns of the study, including those related to age and gender, exclude Syria and Sudan, due to US technology sanctions.

"Facebook Usage: Factors and Analysis" by Dubai School of Government - Governance and Innovation Orogram is licensed under a Creative Commons Attribution-NonCommercial-ShareAlike 3.0 Unported License. Co-authored by Racha Mourtada and Fadi Salem.[2][3] 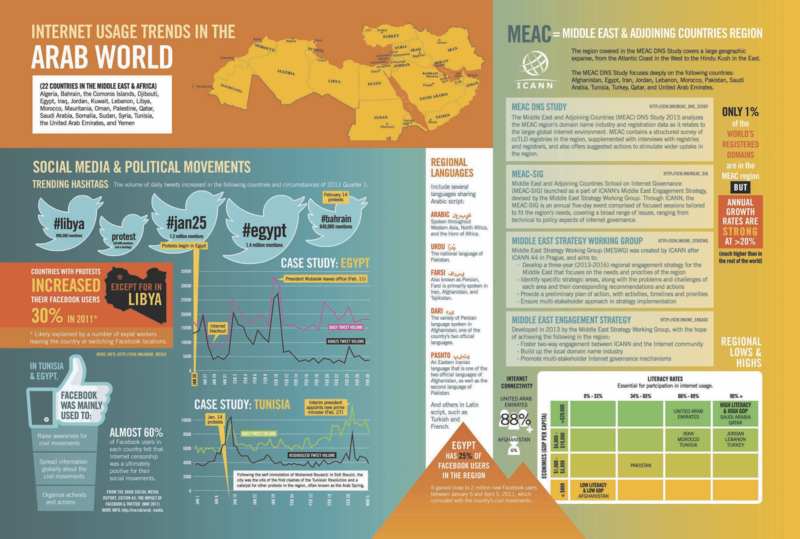