Cybersecurity is the practice of protecting systems, networks, and programs from digital attacks. Cyberattacks usually seek to access, change, or destroy sensitive information; extort money from their victims; or disrupt business as usual.[1] Implementing cybersecurity measures is challenging because it is a cat-and-mouse game, and today there are more devices than people.

Ensuring the cybersecurity of computers, networks, programs, and data relies on multiple layers of protection involving the detection, investigation, and remediation of threats. Users need to understand and comply with basic data security principles like choosing strong passwords, being wary of attachments in email, and backing up data. However, many questions remain over whether people can outsmart Social Engineering Attacks. Common technology used to protect endpoint devices (such as computers, smart devices, and routers), networks, and clouds include firewalls, DNS filtering, malware protection, antivirus software, and email security.

Government leaders have different understandings and expectations of how involved a government should be in a nation’s cybersecurity. McKinsey suggests considering several questions to ascertain a government’s role in cybersecurity.[10] 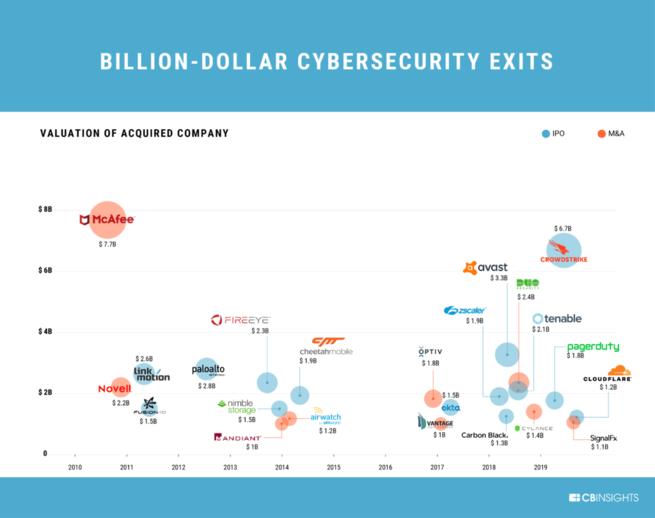 In the past decade, two dozen cybersecurity startups have attained IPO or M&A values of at least US$1 billion; 10 of them since 2017.[11]

PwC conducted a survey in 2020 and released it as “Global Digital Trust Insights 2021.” They asked 3,249 business and technology executives about their CISOs and the present and future of cybersecurity.[12] Some of their findings included:

Some of the people who have significantly shaped the industry include:[13]