Internationalized Domain Name (IDN) ccTLDs are encoded domain names assigned to countries or geographic regions that are displayed in an end-user application in their language-native script or alphabet, such as Arabic, or a non-alphabetic writing system, such as Chinese characters. Although the IDN class uses the term code, some of the ccTLDs are full words. 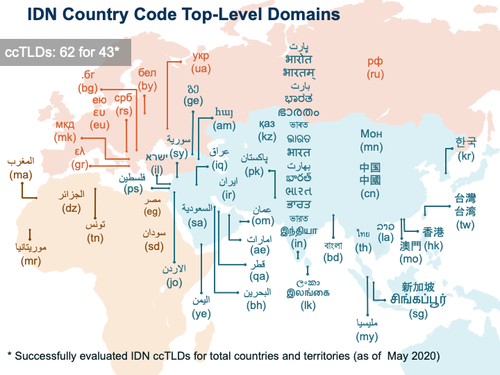 Successful IDN ccTLD applications as of May 2020 (Image from ICANN.org)

Russia, Egypt, Saudi Arabia, and the United Arab Emirates were some of the first countries to advance in the application and implementation process.[2]