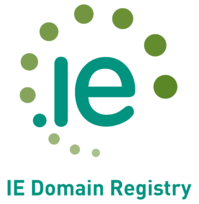 The .ie namespace was initially managed in University College Dublin (UCD), however in July 2000, IEDR became a private company and took over the management of the namespace[2].

IEDR has no shareholders and the company is owned by its members who are the directors.

Its corporate legal structure, being limited by guarantee, is a very common one for domain registries around the world. Surpluses are not distributed and are added to opening reserves.

Directors, as per the company’s constitution, do not have a “beneficial interest“ in the reserves of the company[2].

IEDR is also a member of, and participates collaboratively with other ccTLD Registries at, the Council of European National Top-Level Domain Registries (CENTR)[3].

The regulation of .ie domains and the domain registration authority is provided for in Part 4 Section 31 of the E-Commerce Act.

The Board of the IE Domain Registry (IEDR) established a Policy Advisory Committee (PAC) in July 2014 to consider and provide advice on policy issues concerning Ireland’s Internet top-level domain, .ie[4].

The PAC held its first meeting in February 2015 and operates in line with the framework of the .ie Policy Development Process (PDP) which is designed to be bottom-up, consensus-driven and multi-stakeholder led.

The PAC has previously considered policy change proposals, such as those relating to the introduction of:-

It has also considered policy change proposals relating to the removal of the:-

In a number of instances, the PAC has refused a number of policy change requests (where consensus could not be established for the change), including:-

The Policy Advisory Committee convenes on an almost quarterly basis, in person, to discuss the various policy change proposals raised for consideration.

Further engagement is facilitated via conference call and mailing list discussions in the interim periods between meetings.

The .ie namespace is a national resource, reserved for the Irish, and for those with Irish connections[5].

Those wishing to register .ie domains must show that the meet the registration requirements of the .ie namespace prior to being granted the right to use the domain name.

These requirements are detailed within the Registration and Naming Policy[6].

.ie domain names are available on a first come, first served basis to any party that submits their application first, and demonstrates their compliance with this Policy[8].

Removal of the "Claim to the Name"

In March 2018, the need for future Registrants to show a "claim to the name" when registering a .ie domain was removed following the PAC's recommendation for the implementation of a policy change request, in addition to the approval of the IEDR Board of Directors[9]. A Public Consultation was also held to ensure that the opinions of the wider Irish internet community were taken into consideration, during which it was determined that the Public was favorable to the change[10][11].

The rationale for this change related to the need to make it "easier and faster" to register a .ie domain, particularly for business start-ups[12][13].

Chief Executive of the IEDR hailed the policy liberalisation for completely transforming the customer’s registration experience, allowing them to get online with an identifiably Irish website and email address in less time and with less hassle[14].

Disputes regarding .ie domain names can be addressed via the .ie Dispute Resolution Policy(ieDRP).

This Process is independently operated by the World Intellectual Property Organization (WIPO)[16].

A panel of 1-3 Administrative Panelists will review the complaint and make a binding decision, which will be implemented by the IEDR following a 21-day stay to allow for the submission of a legal challenge/appeal.

The decision may result in any of the following outcomes[17]:-

To successfully prove its complaint, a Complainant must demonstrate that[18]:-

The .ie Policy Advisory Committee (PAC) first considered the introduction of an ADRP during a review of the policy change request to remove the "claim to the name" registration requirement[19].

The PAC subsequently found consensus for the submission of the proposal as a distinct policy change request, on the grounds that it was considered a valuable service for the namespace, regardless of the outcome of the "claim to the name" policy change review.

In line with the 10-step Policy Development Process (PDP), the PAC established a dedicated Working Group to further consider the implementation of the policy change request.

As of November 2018, the Working Group is holding a limited consultation with relevant stakeholders on the implementation proposals designed to date.

The Optimise Programme was launched in 2011. In its 8 year history, the programme has aided over 130 small and micro businesses in enhancing their digital skills and e-commerce potential to grow online sales[20].

In 2017, it adopted a sector-specific approach, partnering with industry representative organisations to improve digital skills for their members, enabling the program to scale-up, allowing more SMEs to become digitally enabled[21].

The Design & Crafts Council of Ireland (DCCoI) was selected as the first partner in 2017, and the programme targeted assistance to Irish design and craft businesses to improve their online presence and e-commerce capabilities[22].

In 2018, the Irish Hardware Association, the national representative body of hardware/DIY retailers, builders, merchants, manufacturers and distributors in Ireland, was added to the Optimise Programme.

IEDR held its first Internet Day celebrations in 2015, showcasing a free public exhibition, The History and Future of the Internet in Ireland, and two morning discussion panels on e-commerce and the internet in 2030[23].

In 2016, the .ie Internet Day event highlighted the benefits of e-commerce and how SMEs can overcome various challenges, with a keynote speech from Emma Sinclair, MBE, co-founder of EnterpriseJungle[24].

2017's Internet Day hosted an evening with Wikipedia founder, Jimmy Wales[25]. At the event, Mr. Wales discussed the threats to online knowledge-sharing and his mission to combat the rise of ‘fake news’ with evidence-based journalism[26].

To mark Internet Day 2018, the ‘Digital Town’ initiative was launched to highlight the benefits and possibilities of the internet, celebrating the digital achievements of a local town, Gorey, Co Wexford[27].

The IEDR releases a number of publications, including:

In August 2018, IEDR announced that it had reached an important milestone in its history, with over a quarter of a million registered .ie domains[29].

The .ie Domain Profile Report (H1 2018)[30] also highlighted the best ever half-year period for the registration of .ie domains, with 154 new .ie domains registered every day[31].