ICANN's history and the history of the Internet are interlinked, and the mission of ICANN was carried out prior to its formation by volunteers, governmental actors, and academic institutions. The following is an attempt to categorize the history (and prehistory) of ICANN and the Domain Name System into eras. Some eras are defined by technical and technological advances, while others are defined by policy initiatives, structural or operational changes to the ICANN org, or a broader thematic push. For instance, the present era involves the globalization of access to and use of the Internet; despite ICANN's commitment to the global Internet community from its inception, several trends have converged to make the present moment a fight for global and universal access and acceptance: Internet usage in BRIC will represent the vast majority of growth in the coming decade; Internationalized Domain Names are growing in prominence, and the effort to ensure universal acceptance of alternate language scripts is as well; efforts to provide [[Alternative Roots|alternatives to the DNS by China and Russia are forcing a broader conversation about the value and impact of a global, interoperable Internet; and ICANN itself is aggressively seeking to improve its presence in and outreach to under-represented parts of the world. 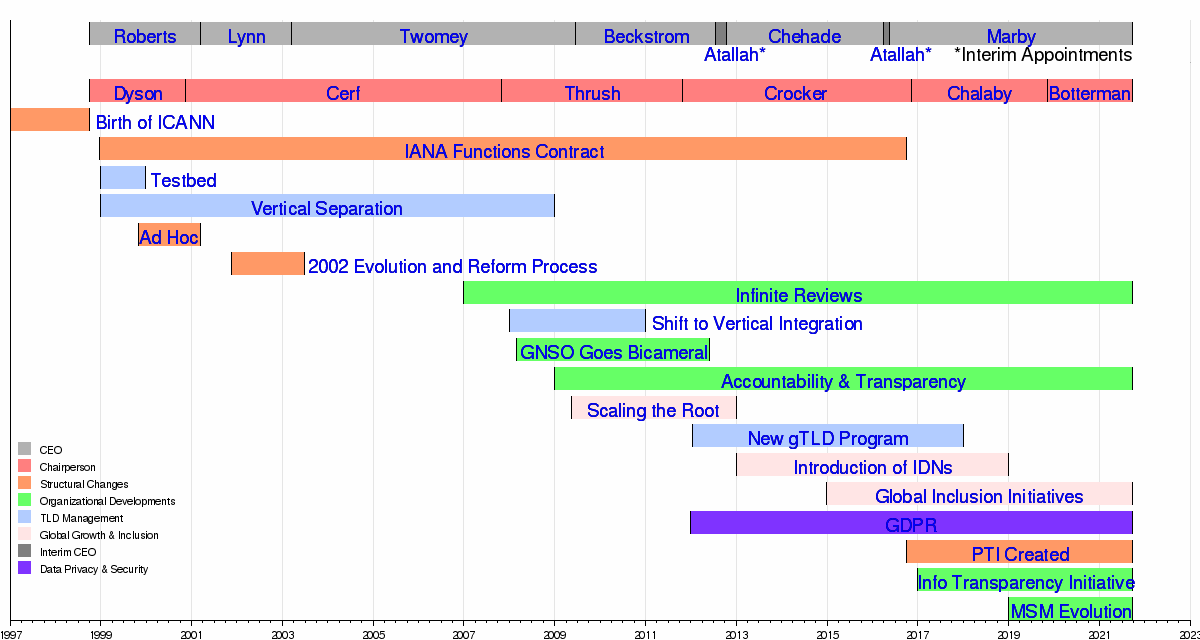 ICANN has grown and changed significantly over the years. Many people have made contributions throughout their lives to shaping how the Internet and ICANN work. The following is an abbreviated look at the birth of the Internet and the development of ICANN. It should not be taken as a canonical resource regarding ICANN's evolution. Technological and policy initiatives overlap. The boundaries for each era are necessarily fuzzy. Although the effort is to identify themes within the events and history of a given era, there is no guarantee that we have it "right," or that there is a "perfectly correct" representation of a given timeframe.

ICANN's Core Mission and Values have also evolved over time. As the scope and breadth of ICANN's Mission have become more defined, the organization's bylaws have adapted as well: establishing new policy development mechanisms; integrating prior agreements into the bylaws; and more fully describing the purpose and goals of the organization. Within ICANN org, staffing and organizational changes have focused on implementing ICANN's mission as instructed by the board.

IAB logo (Image from A Brief History of the IAB) 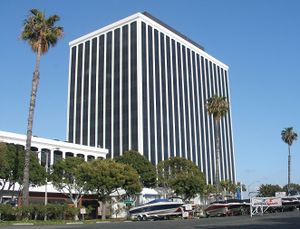 * In September 1998, ICANN files its Articles of Incorporation with the California Secretary of State.

ICW Main Page ahead of its ICANN 24 debut 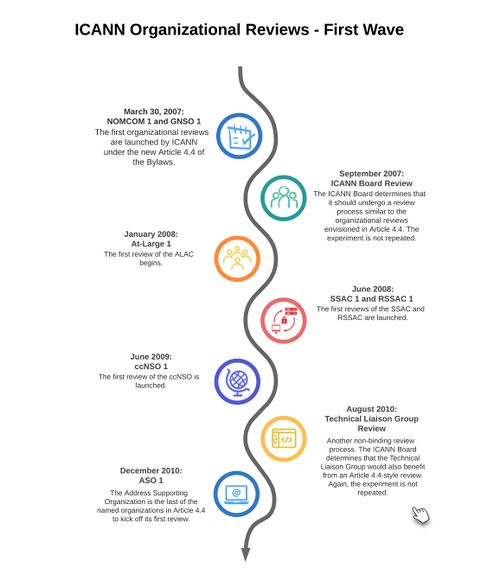 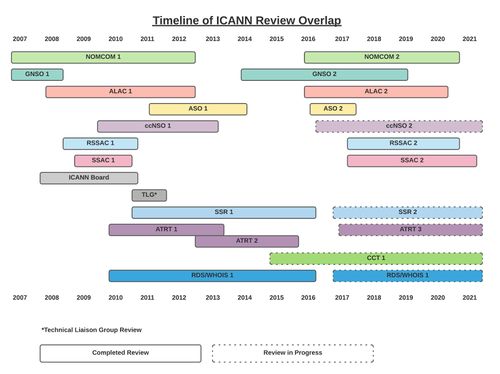 The ICANN Bylaws call for two different types of review - organizational reviews (Article 4.4) and specific reviews (Article 4.6). Article 4.4 reviews were born from the 2002 Evolution and Reform Process, and require periodic review of ICANN's supporting organizations and advisory committees. Article 4.6 reviews originated in the Affirmation of Commitments, and the first round of "specific" reviews occurred before these reviews were enshrined in the bylaws. The amendment to the bylaws came about as a result of the IANA Functions Stewardship Transition, when it was recommended that the bylaws be revised to incorporate ICANN's obligations under the Affirmation of Commitments.

As the organizational reviews began, ICANN was in the process of entering into the Affirmation of Commitments with the United States Department of Commerce. As a result, the first specific reviews were launched in 2010, while most of the organizational reviews were still in progress or only recently completed. Many community members since that date have commented on what seems to be a relentless cycle of reviews of one aspect of ICANN or another (or many others at the same time).

ATRT 3 addressed this issue head-on, suggesting that organizational reviews be replaced by "continuous improvement programs," the results of which could feed into a single, "holistic" review of the organization and its constituent parts, to be performed on a periodic basis. In addition, the ATRT 3 team recommended suspending the next cycle of specific reviews until the completion of the next Accountability and Transparency Review. These recommendations were met with varying levels of enthusiasm. The ICANN Board approved the recommendations in the fall of 2020, with caveats. On the specific review side, the board noted that community approval would be required to amend the bylaws around specific reviews. In the organizational review reforms, the board agreed to implement pilot projects testing both the "holistic" review model and a continuous improvement model.

2009-2012: Defining Accountability and Transparency at ICANN 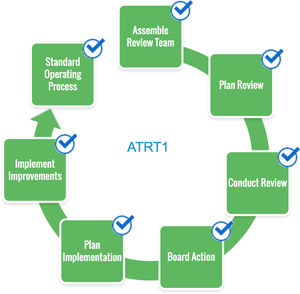 RFC 7282 - On Consensus and Humming in the IETF: Pete Resnick describes the process of gathering opinion and reaching "at least rough" consensus in decision making at the IETF.[21]