ICANN stands for the Internet Corporation for Assigned Names and Numbers. It is a private, non-profit organization for the management of the Internet DNS, IP Addresses and Autonomous System Numbers, and the structures that underlie them. It runs on an international, multi-stakeholder model. The following bodies represent the ICANN community, which works closely with the ICANN Org and Board to do its part in Internet Governance. 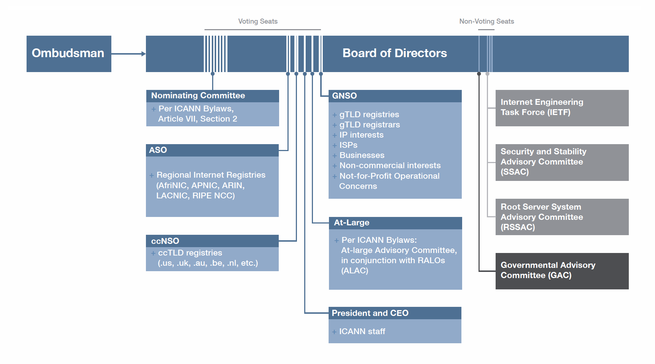