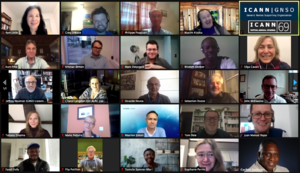 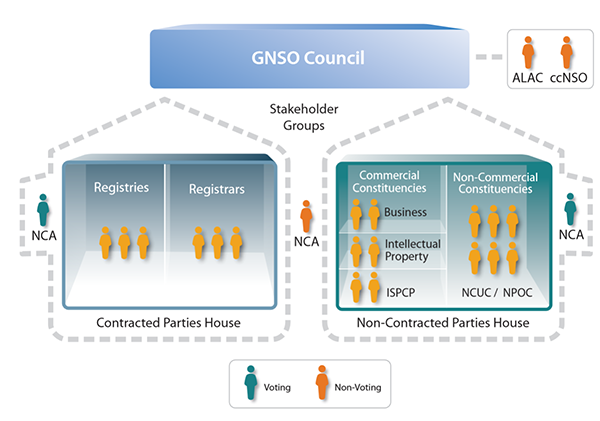 At ICANN 70, Bertrand de la Chapelle participated in an ALAC session on "Reimagining ICANN’s Role; Responding to National Pressures."[5] During a conversation about silos and their impact on the multistakeholder model, de la Chapelle recalled the introduction of the two houses approach and offered this critique of the mindset of the working group participants:

...I participated in one of the calls that led to the restructuring of the GNSO and the creation of the two houses. If I can give a very frank assessment from the outside, I immediately felt that the main objective of the different entities and the different soon-to-become houses was to make sure one thing: that the other halves could not impose anything on them, period. Nothing was about how can we make it better so that we can solve problems together? I’m caricaturing a little bit, but I can tell you this was the feeling that I had exactly at the moment the proposal was made on the call. And I feel that it has remained a little bit in this way.[6]

February 2020 saw the culmination of a GNSO initiative called "PDP 3.0," when the GNSO released the "Final Report on the Implementation of GNSO Policy Development Process 3.0." PDP 3.0 refers to the GNSO Council initiative to enhance the efficiency and effectiveness of the process. During a GNSO Council’s Strategic Planning Session (SPS) in January 2018, a staff paper on GNSO PDP was shared, which led the GNSO Council to deliberate over the issues raised and identify challenges and improvements, especially concerning Working Groups. Then, the GNSO Council organize a session with PDP working group leadership and the broader community, which resulted in an updated version of the paper in May 2018. On October 24, 2018, the GNSO Council adopted 14 of the 17 recommendations listed in PDP 3.0.[7]

In September 2012, ICANN senior executive Kurt Pritz sent a public email to GNSO Council Chairman Stephane Van Gelder advising him that URS implementation could begin after a year of delay. Implementing URS included a pair of open meetings in Fall 2012, including one at ICANN 45 in Toronto. ICANN acknowledged the role played by the GNSO Council in developing and approving the model and said they were willing to "work in whichever way the GNSO wishes to proceed".[8]